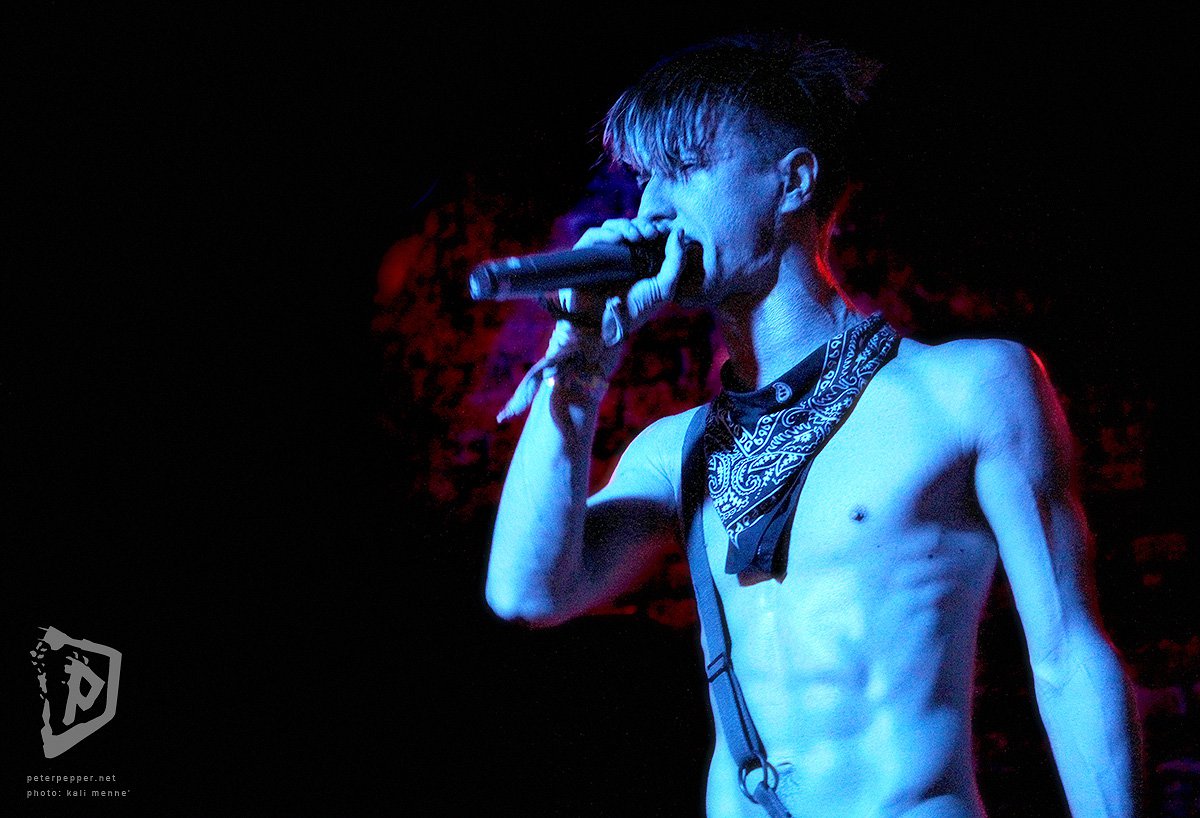 Our favorite adventure-punk, Peter Pepper and is his band of ultra-animated action stars have announces show dates with Foxy Shazam and an October 18 release date for thier freshman effort entitled, “Whatever”. For additional details Click Here.

The WHATEVER EP is available via iTunes October 18th, the 5 song EP includes the breakthrough singles Think They Know and the intense studio recording of punk-dance, crowd-mover, Outta Round.

The Whatever EP is the energized debute of lead singer and songwriter Peter Pepper since his project Retard-O-Bot’s 2007 release “I Don’t Think You Really Mean It: RABID”. Joining Pepper in the studio for this effort is mix engineer and guitarist Frank Gryner (Rob Zombie, Andrew W.K., Crystal Method) and vetiran mastering engineer Tom Baker (My Chemical Romance, 30 Seconds to Mars, Nine Inch Nails).

More TREATS and TRICKS to come! Stay tuned via the Social Media links to the up top for the latest!

About Foxy Shazam:
Foxy Shazam have traveled the globe for years spreading their bombastic gospel and singing the praises of a life less ordinary, leading a massive mutiny against the mundane and converting thousands of believers in the fight to save what’s right about the world. But the world ain’t seen nothin’ yet.

Foxy Shazam, the most electrifying rock band to inhabit the planet for the past seven years, have just crafted the most meaningful and grandiose record of their career and they’re ready to unleash it into public domain. Produced by Justin Hawkins, the mastermind behind U.K. glam-rockers The Darkness, The Church of Rock and Roll is an ambitious and awe-inspiring cavalcade of passion and humanity. From the bawdy sex-strut of lead single “I Like it” to the heart-wrenching ardor of “Forever Together”, this is a record for anyone with a beating heart.

“We’re not concerned with what category we fall into,” declares singer Eric Nally. “We want to stand for our generation.”

They’re currently doing a damn good job. With three albums (2005’s The Flamingo Trigger, 2008’s Introducing, and 2010’s Foxy Shazam) and nearly 1,000 live performances under their collective belt, this band of angelic hellions who call Cincinnati, OH their Earth-home, Foxy Shazam have few peers when it comes to live performance. However, it is their fourth studio album, and their first for the recently revamped I.R.S. Records, that truly begins to reveal the glorious potential that has been percolating internally for more than half a decade, a flourishing burst of refreshing yet timeless music waiting for the right time to strike the hearts of the masses. That time has come.

Displaying a unique caliber of musicianship nearly nonexistent in the world of modern radio, Foxy Shazam create forceful landscapes of commanding melody. The uplifting keys of extraordinary pianist Sky White twinkle playfully above the soaring chords and searing solos of guitarist Loren Turner. The ummeling rhythm section of drummer Aaron McVeigh and mononymous bassist Daisy churn steadfastly while the shimmering shrill of Alex Nauth’s trumpet pushes the known limits of the instrument to majestic new heights. And then there’s that voice.

At the center of the pulpit stands one enigmatic man, a hypnotic hurricane of smoke and glitter. Cutting through the lush instrumentals like a fiery bolt from the Heavens, Eric Nally’s unparalleled vocals power the congregation with a ferocious intensity that cannot be manufactured, with a roaring sincerity that burns deep within the mortal frame attempting to contain them.

“I didn’t go to college. I knew what I needed to do,” Nally explains. “Back in the day, rock stars were mythical creatures. Now there’s no mystique, but I like the element of mystery and longing. The rock star is becoming extinct. I want to revive it.”

Foxy Shazam are a soul band with a punk rock attitude and a symphonic attention to detail. A name that once represented a pair of cool sneakers has become synonymous with charisma, bravado, rock and roll. Here to pull you from the disparagingly bland edges of modern rock and return music to an era of glamour and emotion, this band has crafted the immaculate soundtrack to a world in moral disarray, each song the audial accompaniment to a work of epic cinema that exists only in the mind of the listener.

“I wanted to break that boundary of uncool. Because nothing is cool until it’s made cool,” Nally states, and he should know. With their powers combined, Foxy Shazam have made cool.