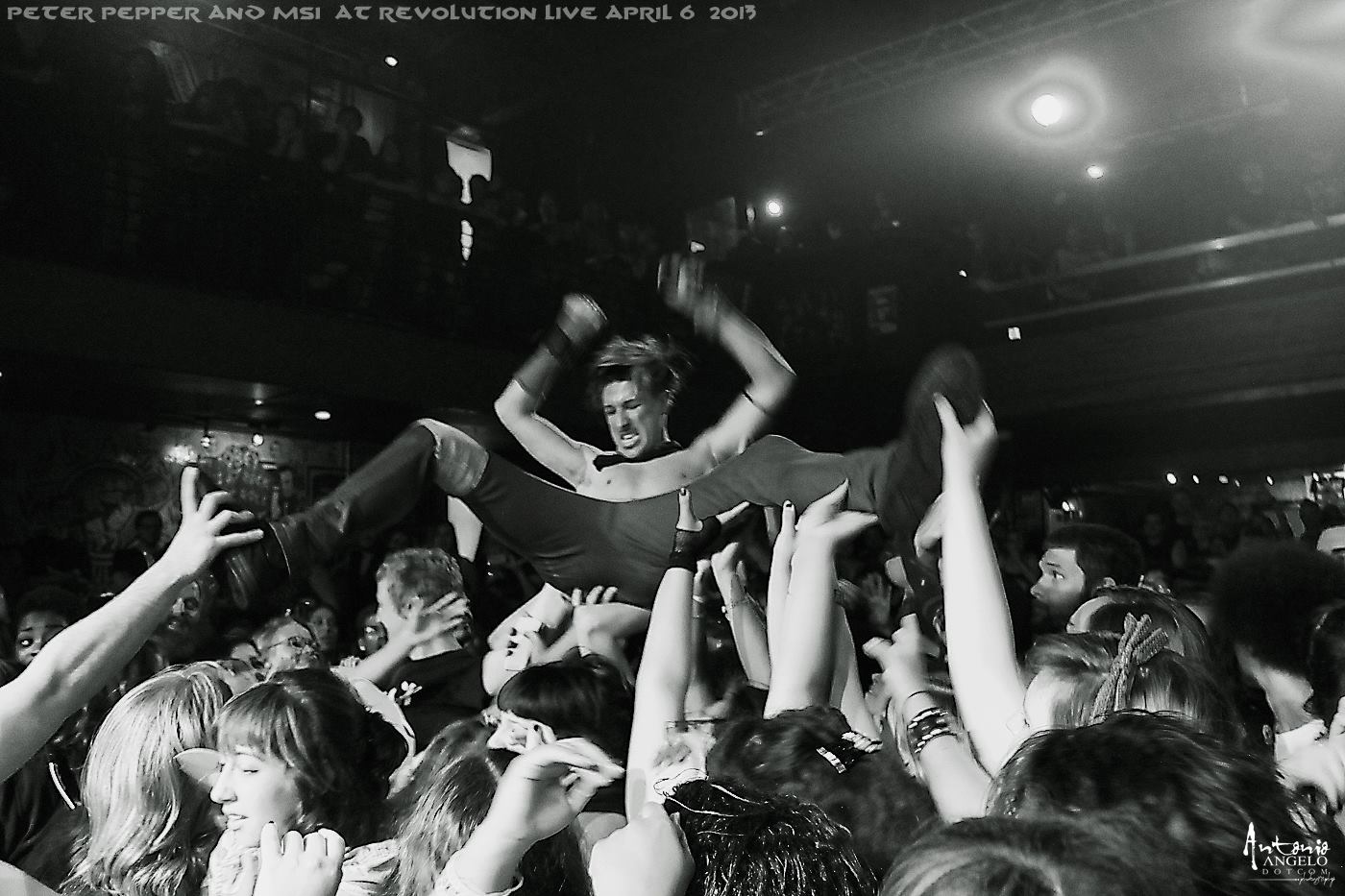 A run of tour dates that will see Peter Pepper hit the road with Mindless Self Indulgence (MSI) as direct support this spring have recently been announced. Get the low down and tickets here! Don’t miss limited time engagement! Drag your lamest friends along and expose them to your inner weirdness!

About Mindless Self Indulgence:
The New York City-based punk/industrial/hip-hop group Mindless Self Indulgence debuted their over-the-top sound debuted on their 1999 album Tight, and their equally outrageous live shows won them opening spots on tours with Rammstein and Insane Clown Posse. The group followed this success with 2000’s The Frankenstein Girls Will Seem Strangely Sexy and 2002’s Alienating Our Audience: Live. You’ll Rebel to Anything from 2005 found the band signed to the industrial label Metropolis and was issued in three versions, each with different bonus tracks and artwork. Their 2008 effort If found them moving to the heavy metal-oriented imprint The End. In 2013, they released the crowd-funded album How I Learned to Stop Giving a Shit and Love Mindless Self Indulgence on their own imprint, Uppity Cracker. ~ Heather Phares, Rovi (MTV.com)